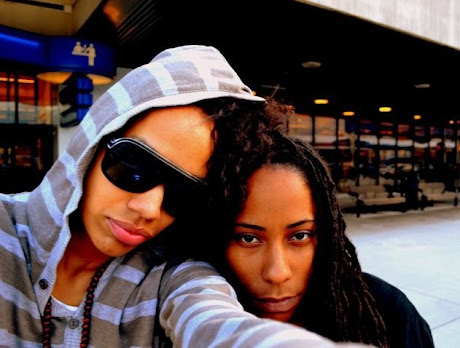 A new day is upon us and hip hop’s answer to the question “what happened to the female rap game” is here. Blessed with the lyrical prowess to compete with the hottest emcees in the business,singing every R&B hook on their album and being touted as the female version of The Neptunes, the female Hip Hop duo KIN4LIFE is a force.  Together as a group for ten years and friends for over fifteen, IQ and Nor have solidified their family ties and KIN4LIFE has never had a truer meaning.Born and raised in Mt. Vernon, NY, a town known for its contribution to hip hop in the late 80s and early 90s, KIN4LIFE is determined to bring hip hop glory back to their hometown and respect back to their genre.

As young entrepreneurs, Nor and IQ founded their label, Noriq Records in 2002. Under their imprint, KIN4LIFE released an album ”KIN4LIFE Volume I” and the EPs “Rock Star” and "I Love KIN4LIFE". The video for the hit single “Make Up Girl” held a spot on the Click List Countdown on MTV’s Logo for 11 consecutive weeks, and was nominated for The Click List's Top 10 Videos of 2009. The group’s 2010 schedule included headlining at the GO Magazine New York Nightlife Awards show and Pride celebrations in Philadelphia, Toronto, Columbia, S.C. and Inferno Dominican Republic. The year wrapped with OutHipHop.com choosing KIN4LIFE as Group of the Year.Read more now at KIN4LIFE.COM